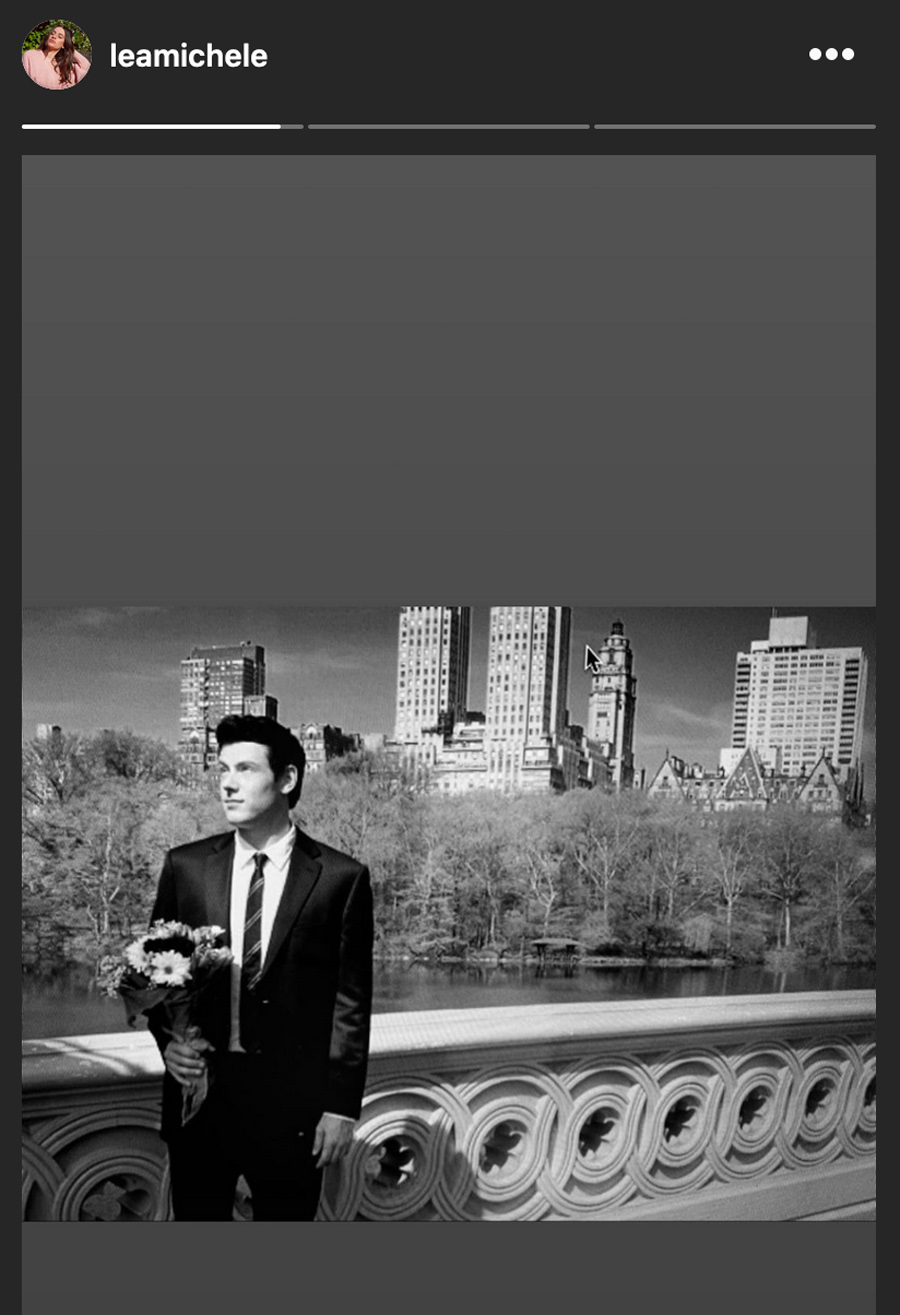 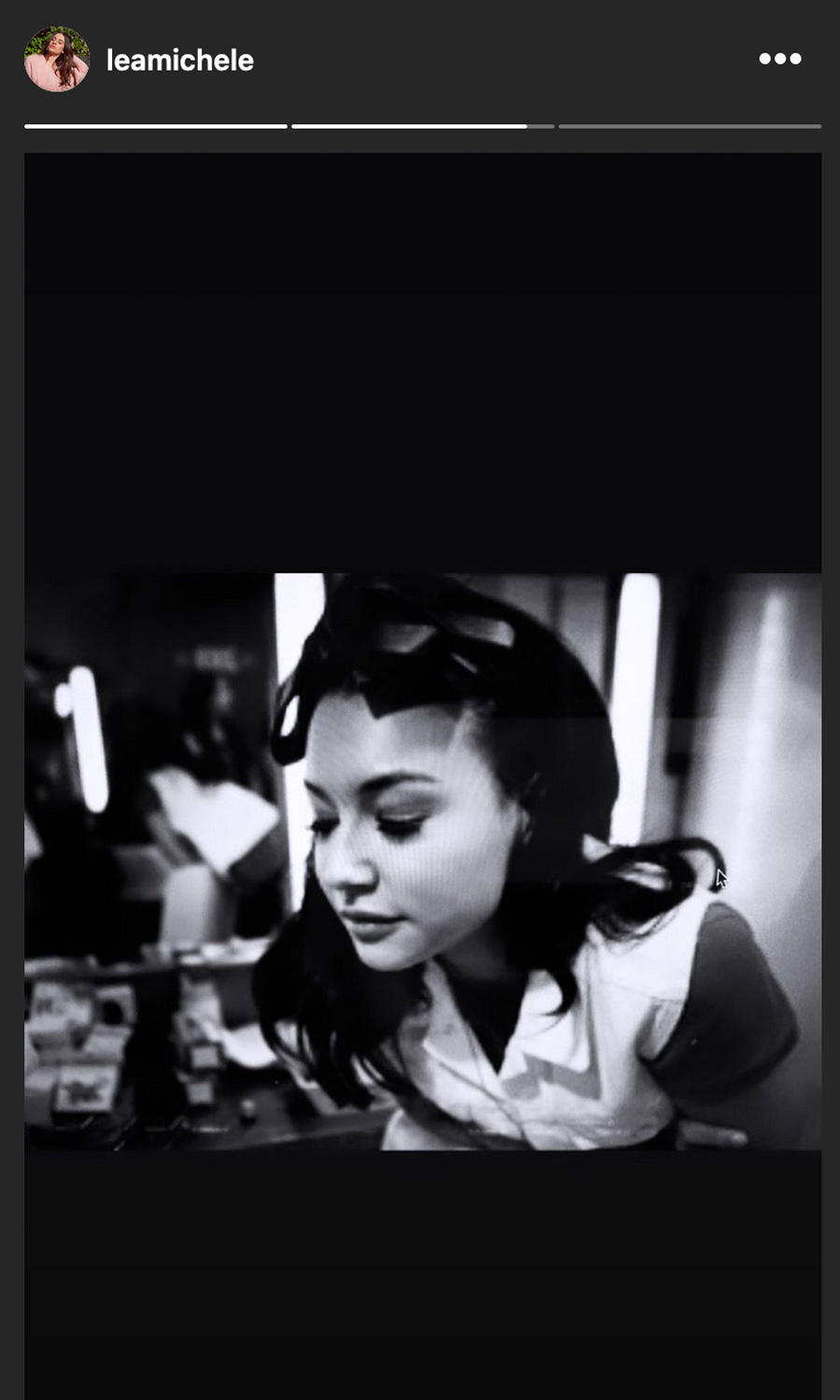 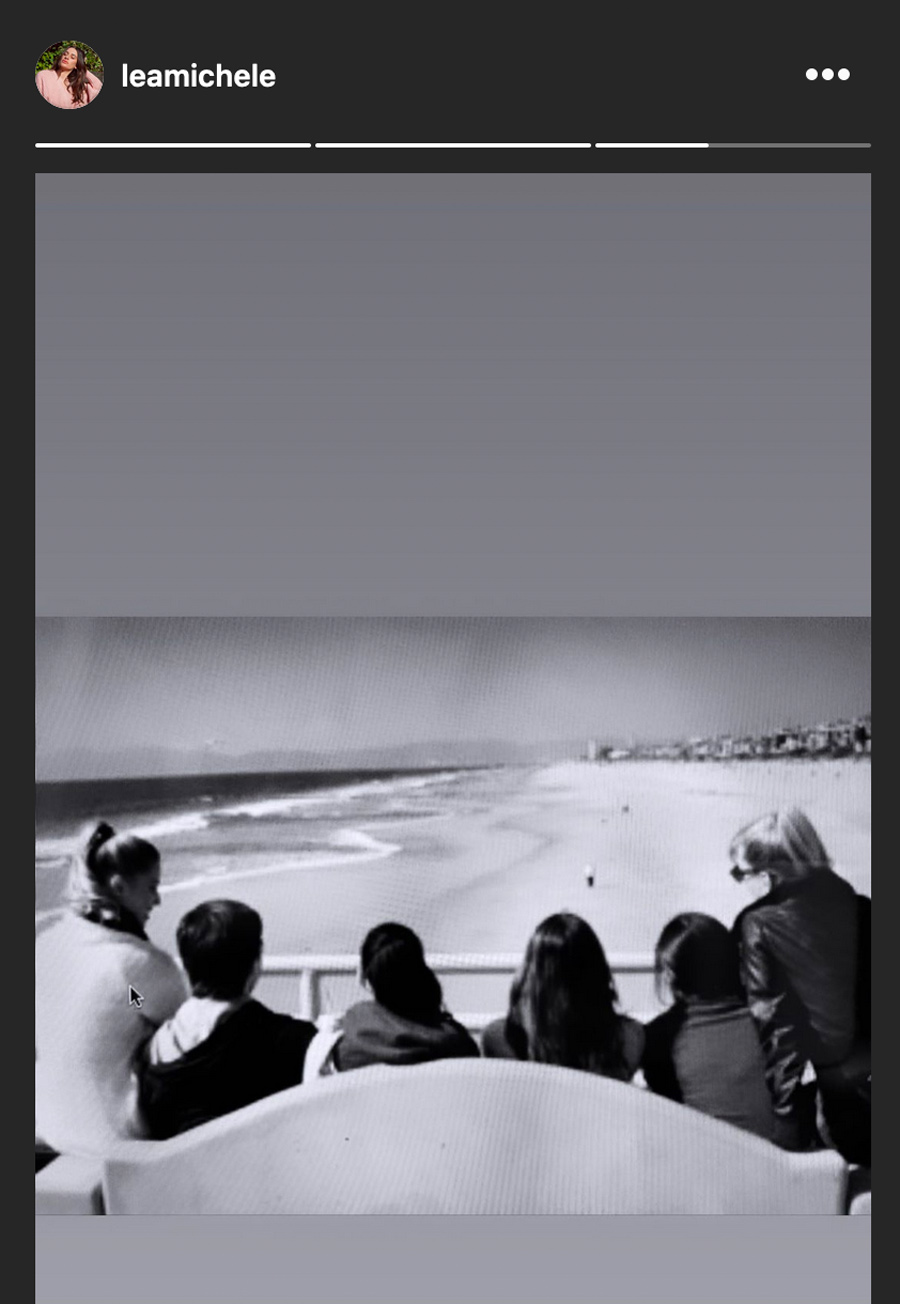 My favorite duet partner. I love you. I miss you. I don’t have words right now, just lots of feelings. Rest In Peace Angel, and know that your family will never have to worry about anything.

My Naya, my Snixxx, my Bee. I legitimately can not imagine this world without you. • 7 years ago today, she and I were together in London when we found out about Cory. We were so far away, but I was so thankful that we had each other. A week ago today we were talking about running away to Hawaii. This doesn’t make sense. And I know it probably never will. • She was so independent and strong and the idea of her not being here is something I cannot comprehend. She was the single most quick-witted person I’ve ever met, with a steel-trap memory that could recall the most forgettable conversations from a decade ago verbatim. The amount of times she would memorize all of those crazy monologues on Glee the morning of and would never ever mess up during the scene… I mean, she was clearly more talented than the rest of us. She was the most talented person I’ve ever known. There is nothing she couldn’t do and I’m furious we won’t get to see more. • I’m thankful for all the ways in which she made me a better person. She taught me how to advocate for myself and to speak up for the things and people that were important to me, always. I’m thankful for the times I grew an ab muscle from laughing so hard at something she said. I’m thankful she became like family. I’m thankful that my dad happened to have met her weeks before I did and when I got Glee, he told me to “look out for a girl named Naya because she seemed nice.” Well dad, she was nice and she became one of my favorite people ever. • If you were fortunate enough to have known her, you’ll know that her most natural talent of all was being a mother. The way that she loved her boy, it was truly Naya at her most peaceful. I’m thankful that Naya got that beautiful little boy got back on that boat. I’m thankful he will have a strong family around him to protect him and tell him about his incredible mom. I just hope more than anything that her family is given the space and time to come to terms with this. For having such tiny body, Naya had such a gigantic presence, a void that will now be felt by all of us – those of us who knew her personally and the millions of you who loved her through your TVs. I love you, Bee.

There are no words and yet so many things I want to say, I don't believe I'll ever be able to articulate exactly what I feel but… Naya, you were a ⚡️ force and everyone who got to be around you knew it and felt the light and joy you exuded when you walked into a room. You shined on stage and screen and radiated with love behind closed doors. I was lucky enough to share so many laughs, martinis and secrets with you. I can not believe I took for granted that you'd always be here. Our friendship went in waves as life happens and we grow, so I will not look back and regret but know I love you and promise to help the legacy of your talent, humor, light and loyalty live on. You are so loved. You deserved the world and we will make sure Josey and your family feel that everyday. I miss you already.

How can you convey all your love and respect for someone in one post? How can you summarize a decade of friendship and laughter with words alone? If you were friends with Naya Rivera, you simply can’t. Her brilliance and humor were unmatched. Her beauty and talent were otherworldly. She spoke truth to power with poise and fearlessness. She could turn a bad day into a great day with a single remark. She inspired and uplifted people without even trying. Being close to her was both a badge of honor and a suit of armor. Naya was truly one of a kind, and she always will be. 💔 Sending all my love to her wonderful family and her beautiful son.

She was bold. She was outrageous. She was a LOT of fun.⁣ ⁣ Naya made me laugh like no one else on that set. I always said it while we were working together and I’ve maintained it ever since. Her playful, wicked sense of humor never ceased to bring a smile to my face.⁣ ⁣ She played by her own rules and was in a class of her own. She had a brashness about her that I couldn’t help but be enchanted by. I also always loved her voice, and savored every chance I got to hear her sing. I think she had more talent than we would have ever been able to see.⁣ ⁣ I was constantly moved by the degree to which she took care of her family, and how she looked out for her friends. She showed up for me on numerous occasions where she didn’t have to, and I was always so grateful for her friendship then, as I certainly am now.⁣ ⁣ And even as I sit here, struggling to comprehend, gutted beyond description- the very thought of her cracks me up and still brings a smile to my face. That was Naya’s gift. And it's a gift that will never go away. ⁣ ⁣ Rest in peace you wild, hilarious, beautiful angel.

Now more than ever we must lift her family and friends up especially Josey! My heart is sent to them… Josey you are truly loved by every single person who loves your mommy! I love you Naya!

Rest sweet, Naya. What a force you were. Love and peace to your family.

Naya Rivera was truly a light and showed us all how to be unapologetically ourselves. We send our most heartfelt condolences to her family, friends, and fans in this difficult time. Rest in peace, #NayaRivera pic.twitter.com/jmkJRFXMKs

Oscar-vinner Viola Davis fra How to Get Away with Murder ber for Nayas familie og sier at 2020 fortsetter å skuffe:

It feels strange to cry and mourn the loss of someone you never knew. But I grew up watching Glee- and Naya Rivera was such a beautiful talent. My heart breaks for her son.
Hold on tight to your people right now, if you’re lucky enough to be near them 💔

I helgen sa Heather at hun klamret seg til håpet 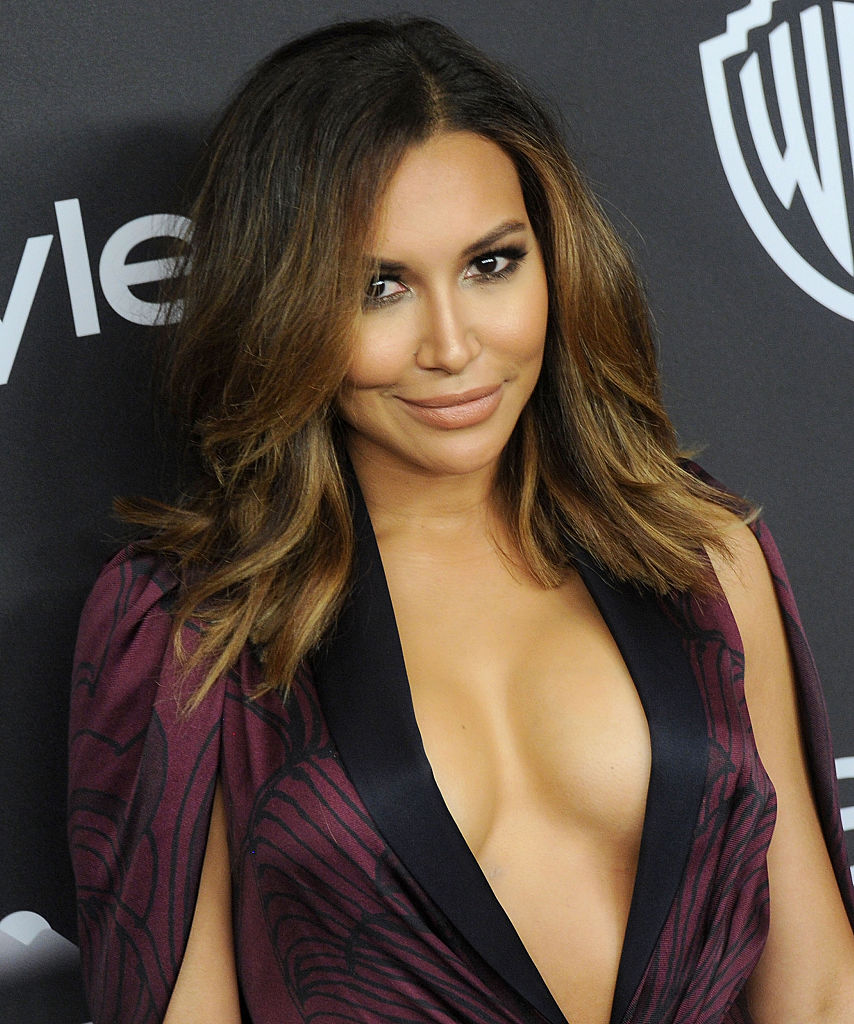 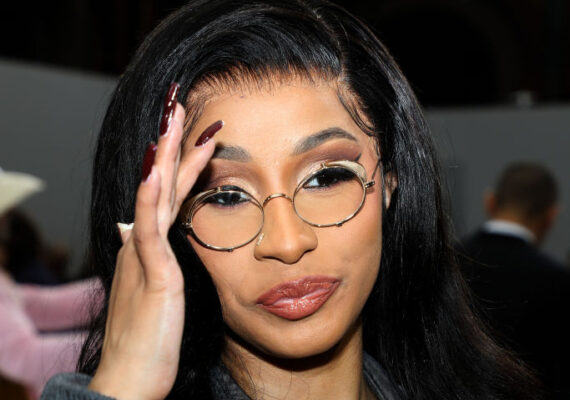 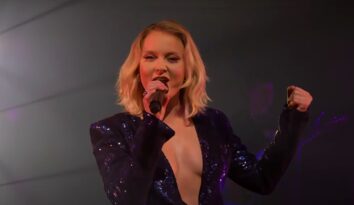 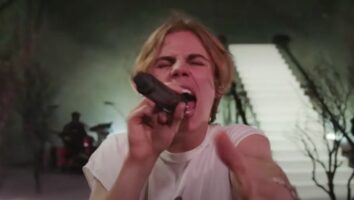 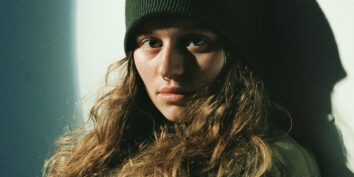 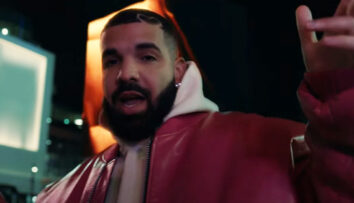 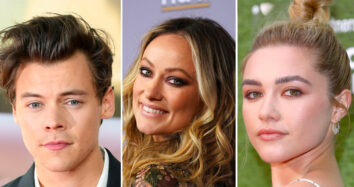 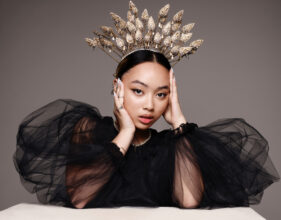 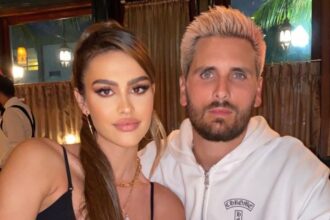 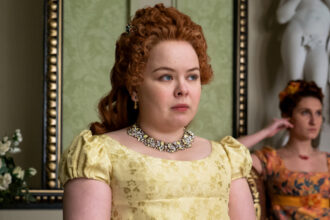 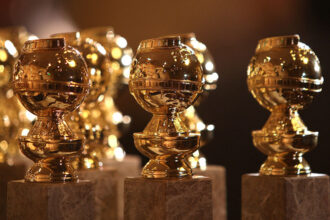